How can we (statisticians) better explain the differences between a confidence interval (CI) and a prediction interval (PI)? Sure, one could look up the definition on Wikipedia and memorise the definitions, but the real difficulty is how to communicate this clearly to young students/collaborators/clients without using mathematical formalism. For a linear regression model and a given value of the independent variable, the CI and PI confusingly share the same point estimate. Worse still, if we write out the mathematical formulas, they are virtually identical except one term!

The difference between the interpretation of CI and PI is actually a great example of how very similar mathematical constructions can lead to very different interpretations. These terms are not always rigorously defined and used, sometimes even in reputable sources (I would also add tolerance intervals here as well, but perhaps for another day).

This blog post explains the main statistical differences between CI and PI in a linear regression model through visualisations. In short:

The statements above are of course extreme simplifications of these statistical concepts. I will attempt to minimise the need for mathematical derivations and use intuitive language and simulations to illustrate the subtle differences between these two concepts.

A quick simulation to set the scene

We will also use the geom_smooth(method = "lm") function from the ggplot2 package to add the (simple) linear regression line. I also choose to use the option se = FALSE to suppress the visualisation of the (confidence) interval as we will do this manually later. On a single parameter

Definition: if we are asked to construct a 95% CI for a parameter, then the probability* that this CI will contain the true population parameter value is 95%. We can replace the “95%” with any other percentage that we can think of, though it is rare for us to consider something below 90%.

*The word “probability” is to be interpreted using a frequentist approach. See bonus section 1.

For example, if we were to look at the linear model above, the true slope value is 2, because that is how we generated the data through a formula. But the point estimate for this parameter is about 2.1 (formula in the top left corner of the plot), not exactly 2. You may ask, what is going on?!

This is because any data sampled from a population, being only a sample, cannot encapsulate entirely what is going on in the population. Our point estimate (in this case, 2.1) is estimated using our data, and thus, can’t be numerically identical to the true parameter (in this case, 2) that is associated with a population. This interplay between an estimate and the parameter of interest (or similarly, between a sampled data and the underlying population) is a fundamental concept in statistics.

*Interestingly, in my experience, a point estimate, being just a single number, can often mislead some people into thinking that there is a lot of certainty behind this number when it absolutely does not! The associate CI could be quite large even if your point estimate looks very reasonable.

We now have a basic understanding of what a CI is with respect to a single parameter, but who cares about a single parameter anyways? After all, a statistical model could have many parameters, how would knowing a single one enhance our knowledge of the entire model?

Here is where a bit of creative visualisation can help us! Notice how the linear regression model, written out as a formula, is \(y = \alpha + \beta x + \epsilon\) with \(\alpha\) and \(\beta\) being the population intercept and slope parameters, respectively. When we make estimations on these parameters, our linear model, as a straight line is \(y = \hat{\alpha} + \hat{\beta} x + \epsilon\), where \(\hat{\alpha}\) and \(\hat{\beta}\) estimate \(\alpha\) and \(\beta\) respectively. So if we have the CIs quantifying the variability of\(\hat{\alpha}\) and \(\hat{\beta}\), then we should also be able to produce a CI associated with the linear model itself! And by doing so, we can get a better idea of how variable the entire model is because we know how variable the individual estimates are!

Even if you didn’t understand the above, the CI associated with the linear model is simply the gray area produced by geom_smooth(method = "lm", se = TRUE) when using ggplot2! You can think of this line as how the linear model line (blue) “jiggles” if you have (future) data sampled from the same underlying distribution. On a single data point

Definition: If we were to construct a 95% prediction interval for a given value of \(x\) for a given linear model, then the probability that it will contain the corresponding value of \(y\) is 95%.

The main source of confusion for some people is that, both CI and PI share the same point estimate, i.e. \(\hat{\alpha} + \hat{\beta} \bar{x}\). It also doesn’t help when these concepts are sometimes mixed up and talked about as though they are interchangeable in some colloquial settings.

One can compute the point prediction value and the 95% PI in R using the code below. Though admittedly, we are simply producing predictions for the original data, not new data (thus the warning message in R).

In my experience, PI’s are more intuitive to understand than CI’s. PI is simply a region to capture new data, but CI is about how the model “jiggles”.

It is slightly harder to generate a PI using ggplot2 with some customisation needed for the geom_smooth function. Thus, I will attempt to generate both CI and PI manually and use ggplot2 for visualisation. I particularly like the broom::augment function to generate these intervals here. In all the writings above, I have always assumed that we already know what a probability/confidence level is. However, this might not be fair and I would like to explain this concept better in this section.

In most introductory statistics courses, the first definition of probability is likely to be the frequentist definition, which is closely related to the concept of (re-)sampling. In our definition of CI above, we used 95% confidence level as the default. This means that, if we were to repeatedly sample new data of the same sample size from the population, and construct the CI in the same way, then the proportion of times that the CIs containing the true population parameter is 95%. This idea of “repeated sampling” applies to both PI and TI. Thus, even though in the definitions above, we have used the words “probability” and “confidence level” interchangeably, but in the most rigorous way, these interval concepts should only be interpreted through repeated sampling. We will do this in bonus section 2.

We will now repeat the data generation process 100 times and compute the corresponding statistics. The code below is not quite readable unless you are already familiar with tidyverse and nested tibble. The essence of the code is to first construct data in exactly the same way as we have above. And then, for each of the 100 data generation, we will then extract the corresponding fitted line, CI and PI for visualisation.

For each the linear models that we have fitted, we will now extract the coefficients. We will perform additional manipulations for the purpose of plotting. What I don’t like about the plot above is that orange lines are plotted over other elements of the plot, i.e. overplotting. Another attempt at the same visualisation is to use animation. I will use only the first 20 simulations.

Bonus 3: side by side animation

This post shows how to put gganimate plots together.

Ok, I promise this is the last bonus section. I am including some formulas for completeness here.

The confidence interval under this notation set up is: 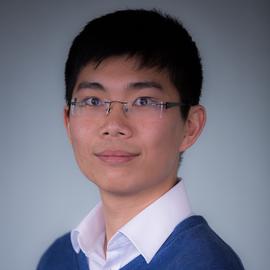